We are happy to announce to be playing live again soon. We are going to play on 14th August at the Roode Bioscoop in Amsterdam, as a part of the concert series ‘Realms of Imagination’, organised by our pianist Máté Lachegyi. Each concert of the series focuses on a different field of imagination: dreams, spirituality, poetry…

Our concert brings cinematography in the spotlight. The imaginary, yet realistic visual world we see on the screens and the archetypes of stories inspired many of Máté Lachegyi’s lyrical compositions, which will form the core of the programme. Works of great artists of filmmaking such as Andrey Tarkovsky as well as Hollywood movies and even Netflix series will be revived musically by Ancoor.

Stay tuned for updates as we will probably play more concerts in the Netherlands in August.

After some months of hesitation we’ve decided to change our band name, due to the coronavirus pandemic. We had a nice band name with a personal story behind it, however, we think it would be in bad taste to use a name which caused suffer and difficulty and even reminds many people death and loss.

Therefore, we decided to create a new band name which still has something to do with our old name, both figuratively and literally. The result is ANCOOR, using the same letters as CORONA. Although its not an existing word, it evokes two meanings: “encore” and “anchor”.

The first digital album of Ancoor has been released in all the major music stores and streaming platforms. Simply titled ‘Ancoor’, it features eight songs: four originals by Máté Lachegyi and one by Uldis Vītols, as well as the beautiful jazz ballad, ‘I Guess I’ll Hang My Tears Out to Dry’ and an arrangement of Nick Drake’s ‘Man in a Shed’. The album was recorded in 2018 in Amsterdam.

Although it is a digital release, a limited edition of 50 tape cassettes with a beautiful, gold plated cover are also available. The record sounds very authentic on cassette, since it was mastered on a vintage tape mixing board (by Bencze Molnár in Budapest).

The bonus track, a remix of the reversed version of ‘Consolations’ was also made on the tape mixing board by playing the other side of the master tape.

Due to the coronavirus pandemic, our release tour has been postponed to early 2021 in the Netherlands & Germany, and in the summer in Hungary.

Buy it on Bandcamp »

This trio has proved that this is not always true… As the three musicians interact, a symbiosis is emerging from their different personalities and musical temperament, which makes one plus one plus one far more than three, maybe of another dimension.

Ancoor (previously Corona), an European jazz trio, formed in 2016 by Máté Lachegyi, Uldis Vītols & Clemens Lotz, prefers to walk on the edge, creating a constant sense of excitement. Their music is operates with complex, fascinating structures, often picturesque in their appearance, though sometimes more like a motion picture. While it breathes open rhythmic structures, the groove never stops.

Besides their influences in jazz (such as the Brad Mehldau Trio, Bobo Stenson Trio, The Bad Plus, Amok Amor), we can also find the roots of their style in Romanticism and early 20th-century (classical) music as well as Hungarian and Latvian folk music.

Composition for Ancoor is just as important as improvisation, and they often extend or abandon the traditional jazz form of ‘theme—solo—theme’. 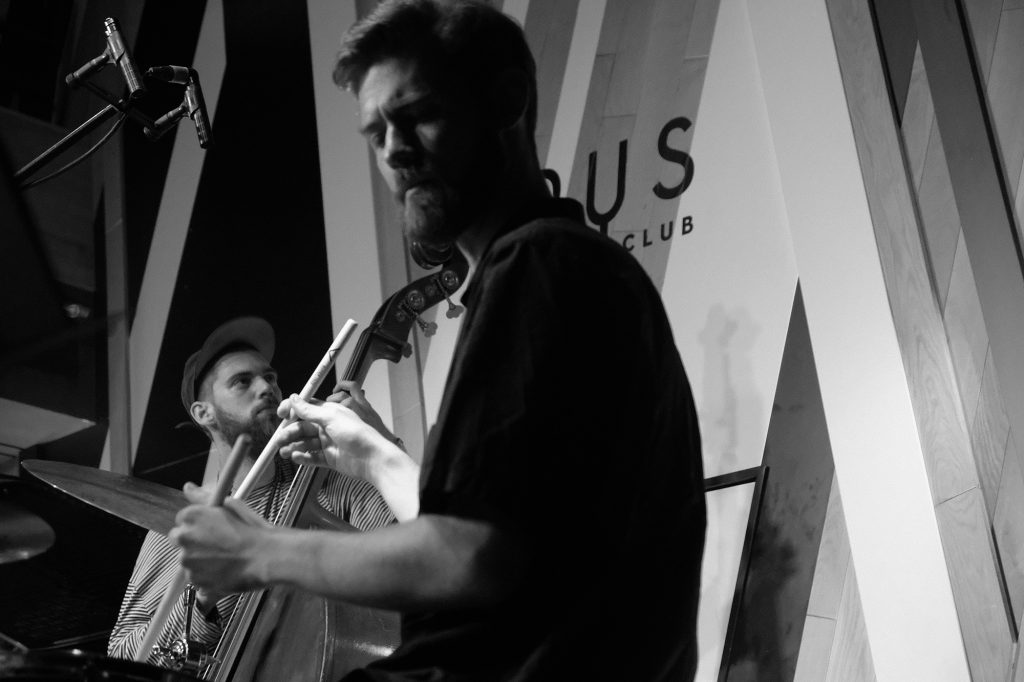 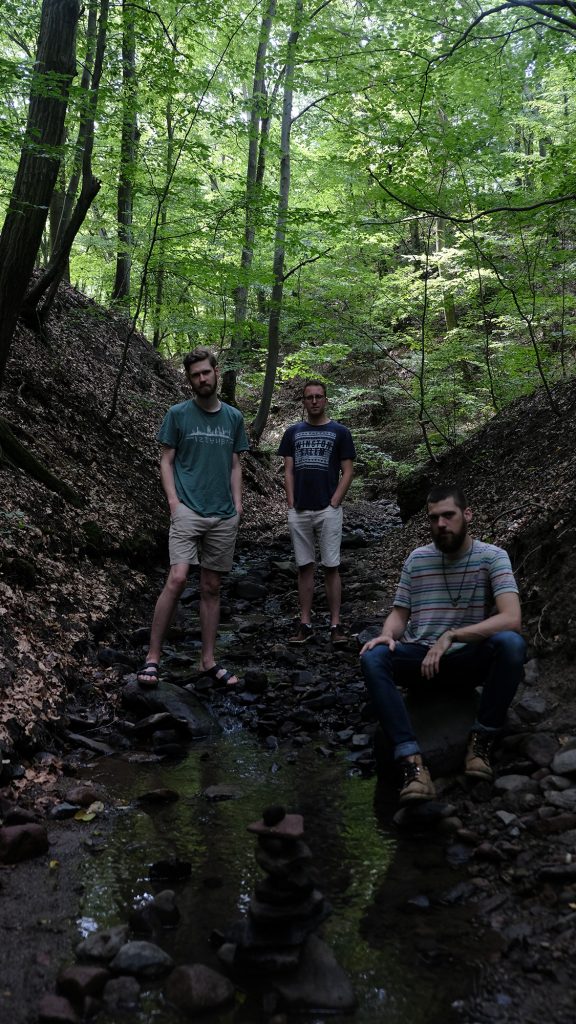 Ancoor in the forestPhoto by Lisa Soraya van der Zande 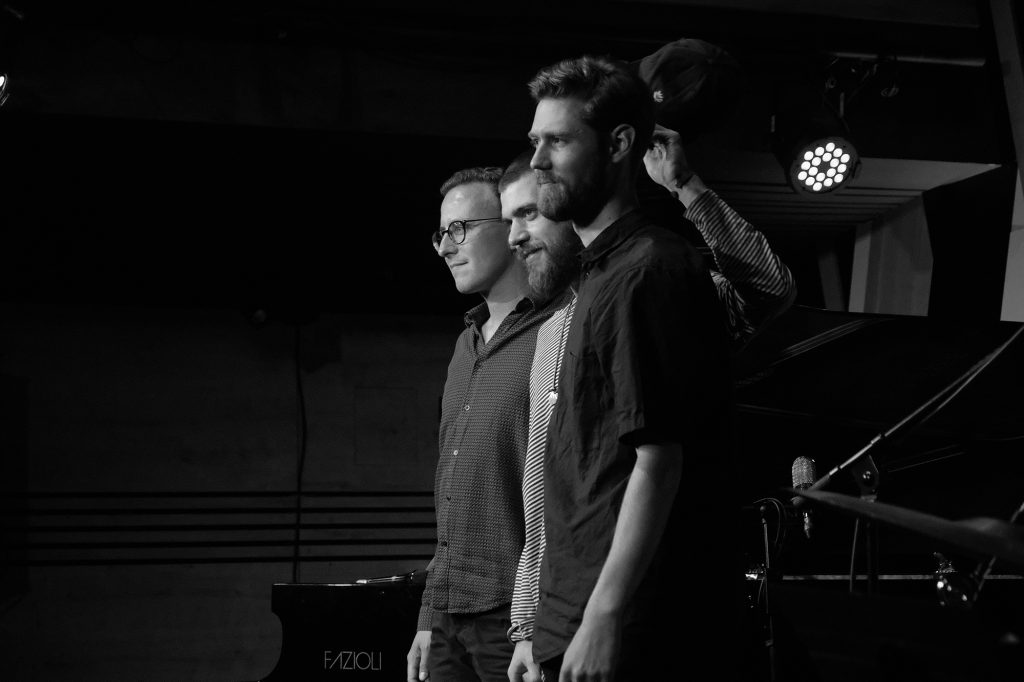 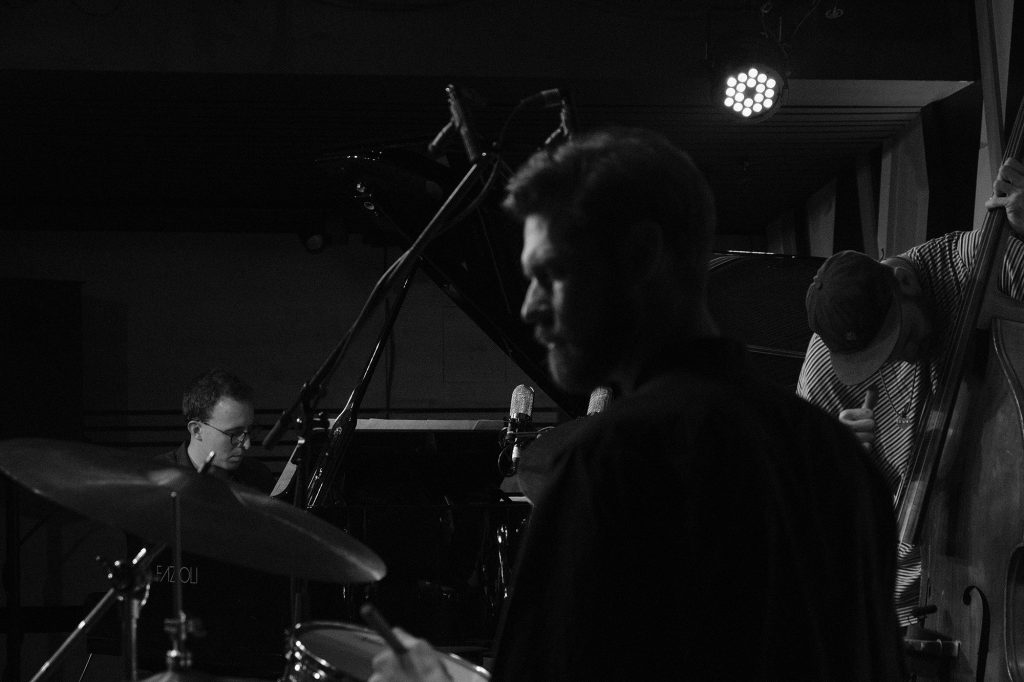